Compared to some familiar players, people pay more attention to the young. Well, who is the best one in the FIFA 15 Ultimate Team? We have compiled a starting list of the best players age 25 and under.

The 23-year-old French striker has been setting Ligue 1 alight this term, scoring 19 goals in 20 league appearances and finding the net 22 times in 26 appearances in all competitions. Having attracted the interest of Arsenal, Liverpool and Paris Saint-Germain, Lacazette is likely to make a move from Ligue 1 if the club decides to left him leave. Lacazette credited his emergence this season to some encouraging advice from Arsenal legend Thierry Henry.

Thibaut Courtois did the unthinkable this 2014-2015 football season. He displaced Petr Cech as Chelsea’s #1 between the sticks. This was no small feat seeing that Cech is one of the top 3 goalkeepers in the world. At 22, Courtois has been praised as one of the world’s best, but not only that, he is regarded as the second best in the world, behind Munich’s Manuel Neuer. Courtois has been a major driving force for Chelsea’s EPL championship run this season. The Belgian international has years ahead of him. Can you imagine how good he’ll be the next World Cup? 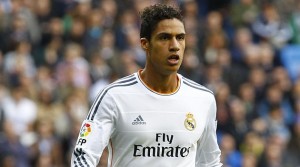 The Real Madrid defender is one of the hottest properties in Europe right now and has established himself as a regular in the Los Blancos team. Varane is more mature as a defender than others his age, which suggests that later down the line he will be head and shoulders above the rest. With great leadership from Iker Casillas and tips from Pepe and Sergio Ramos, Varane undoubtedly is the cream of the crop when it comes to young centerbacks. 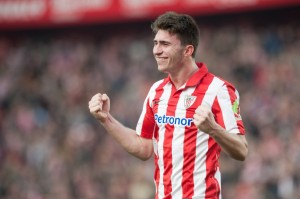 Laporte is already a very good player but in good hands he can be one of the best defenders of the game in only two or three seasons. Though Bilbao sits 9th in La Liga, Laporte has commanded attention from Europe due to his leadership and intelligence in the defense. Arsene Wenger and Louis van Gaal are desperate to fix their defensive options and Laporte is a suitable target to rejuvenate the backline for both clubs. 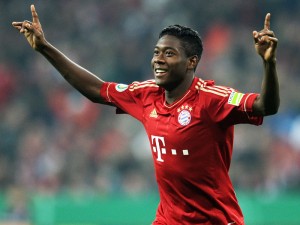 Bayern Munich star and Austrian defender David Alaba is regarded as one of the most versatile players in the game today. The Austrian says his preferred position is central midfield but if he moves there he’ll just become another player, whereas on the left-sided berth of the defence he is undoubtedly one of the best in the world already. Alaba is versatile, quick and is a dangerous threat at set pieces.

Although their ages between 21 to 23, they have got beyond-age honor. Who do you think could fit a standard 4-3-3 attacking formation?