Albion Online has had some success since its launch, so that servers are struggling to keep up with the load and that players are slowing down. The Sandbox Interactive studio provides technical solutions and compensations for players. 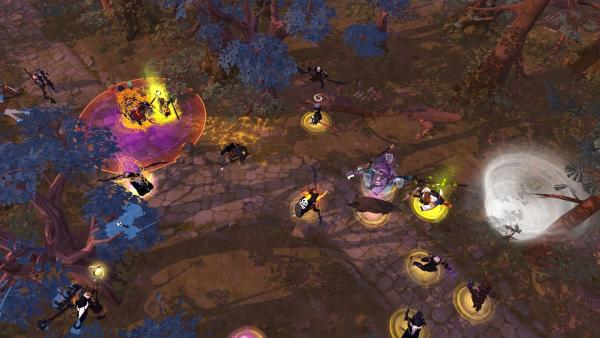 As noted, Albion Online was officially launched on July 17 and according to the Sandbox Interactive studio, the MMO is more successful with players than originally envisaged. Few developers complain about it, but here, the high population density in some areas puts the servers to the test and slows down the game. The players complain logically and the developer explains regularly on official forums. In a just published note, the development team outlines its action plan.

There is little or no evidence that players are experiencing slowdowns in overcrowded areas and clashes involving many fighters. And according to the developer, the problem is due to the fact that the more players there are, the more interactions to be managed by the server: the number exponentially increases and the technical infrastructure does not change anything An additional player intervenes, the calculations are multiplied).

In order to remedy these two main difficulties, the developer envisages short- or medium-term solutions that include a system of instances to relieve overloaded areas (mainly in the city) and increase the number and frequency of occurrence PvP Areas of Interest “, so as to further distribute players through the gaming universe and prevent all players from concentrating in the same place at the same time to enjoy it.

On the other hand, for a reason not yet identified, the game servers must be restarted regularly when access to the database is running, while they remain below their maximum capacity. The developer is in direct contact with the Apache Cassandra teams, the technology on which the MMO database is based, in order to apply a patch quickly.

And if the studio tries to demonstrate to the players both the origin of the problems and the solutions implemented, Sandbox Interactive is obviously also aware of the exasperation of some players and announces compensations: all Players who played between the commercial launch of Albion Online (July 17) and yesterday will receive seven days of additional premium game time on their account. And if the problems are not resolved within two weeks (the time to apply solutions, but also because the launch craze fades away), additional compensation will be granted.